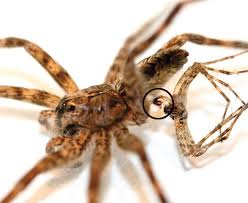 Some animals after copulating deposit a thick plug in their partner’s vagina to prevent her from copulating with other animals for a while, so the first animal’s sperm will have a chance to impregnate her.

A mating plug, also known as a copulation plug, sperm plug, vaginalplug, sement or sphragis, is gelatinous secretion used in the mating of some species.

Is this a mean trick?  Well for the squirrels and aardvarks and scorpions that employ a mating plug it is not mean or not mean — it’s just nature.  The mating plug evolved like anything else — a heart, the behavior of eating ants, the eye, or the vagina itself.

Is it a mean trick conceptually?  the INDIAN GURUS argue that you can’t grow a tree by uprooting it every week and planting it in another spot. There are certainly habits of mind that take time to gestate.  Some degree of committment to a particular mode of thought or way of living may need to be nurtured, and that may involve protecting it in a CONCEPTUAL UTERUS from outside influences.

So to give an example, supposing you are trying to become a feminist.  You want to tune your mind to examine the effects of unconscious male privilege on your dealing with men and women.  If that is your goal you might want to read feminist books, hang out with feminists and try the ideas on for size, and not go running off to a meeting of your local society of pick-up artists.  Your revulsion against challenging feminism protects the metaphorical sperm of feminism within your metaphorical mind’s vagina.

However there are also creatures, a species of worm wikipedia informs me, that mate homosexually and then plug up their partner’s anus.  This biological phenomenon and its conceptual analogs is just rude.