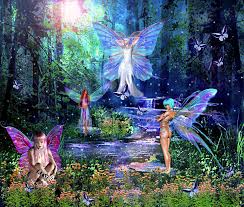 I used to have fantasies of other times.   For example, I used to read Nietzsche’s “The Birth of Tragedy out of the Spirit of Music”.  In it the German philosopher describes archaic Greece as a dawn time or morning world when people had a unified culture and where they understood the metaphysical role of tragic art in transmuting existence.  Later in my life I had fantasies about the Brooklyn of my father’s boyhood (the 1930s) and imagined there was an informal toughness informing the deeds of men, and an unrefined poetry to the life of the streets of New York’s youth.   When I was a (nearly) orthodox Jew I imagined in the past the lures of an overly cognitive engagement with reality had not caused human beings to fall into self-made prisons of narcissistic thought.   In that time — when was it exactly?  the Chassidic communities of the nineteenth century?  the middle ages in Safed?  Roman Palestine? biblical Judaea? — man did not need to think but dwelled in un-self-conscious dialogue with the absolute.

I had fantasies of other times and places when power, and unselfconsciousness, and spontaneity and honest emotion reigned.

Sometimes I had fantasies of other people too:  a Hindu mystic, a girlfriend, a teacher, a rabbi.  I imagined they were better, more authentic, purer, more in touch with their mojo, more rhythmic, more musical, less neurotic.

All these fantasies as it turned out were complete bullshit.  Let’s start with Nietzsche’s archaic Athens.   Archaic Athens was a society riven by class warfare, where manipulative cliques lied about what they were doing, ripped each other off and used religion mythology and art as weapons for social control.  The New York of my father’s youth was as neurotic as the New York of my youth.  Roman Palestine was a time when a society reeled under post-traumatic stress; the Judaea of the Bible an ancient kingdom as full of bloodshed and petty politics as any other.

Yet if I was able to fantasize about spontaneity, grace, emotional depth, informality, earthiness, beauty, primal mystery and honest human relationships I must have had them somewhere.  Somewhere inside me they lived as an unacknowledged fragment.  I was unable to pay the price in self-knowledge for these goodies so I saw them in magic places, magic times, and magic people.

The only magic is here.   For me that’s the best place for it, because it’s where I’m typing this.  As for other people I can do worse than quote my Grandma Do, who whatever her faults, never asked anybody else to save her.  “All the world’s queer save thee and me.  And sometimes even thou art a little queer.”

God knows whom Grandma Do was quoting.  She was born in 1894 (in Staten Island) but lived most of her 101 years in Brooklyn, playing bridge, and a thunderous piano.

7 thoughts on “Fantasies of Times, Places, and People”