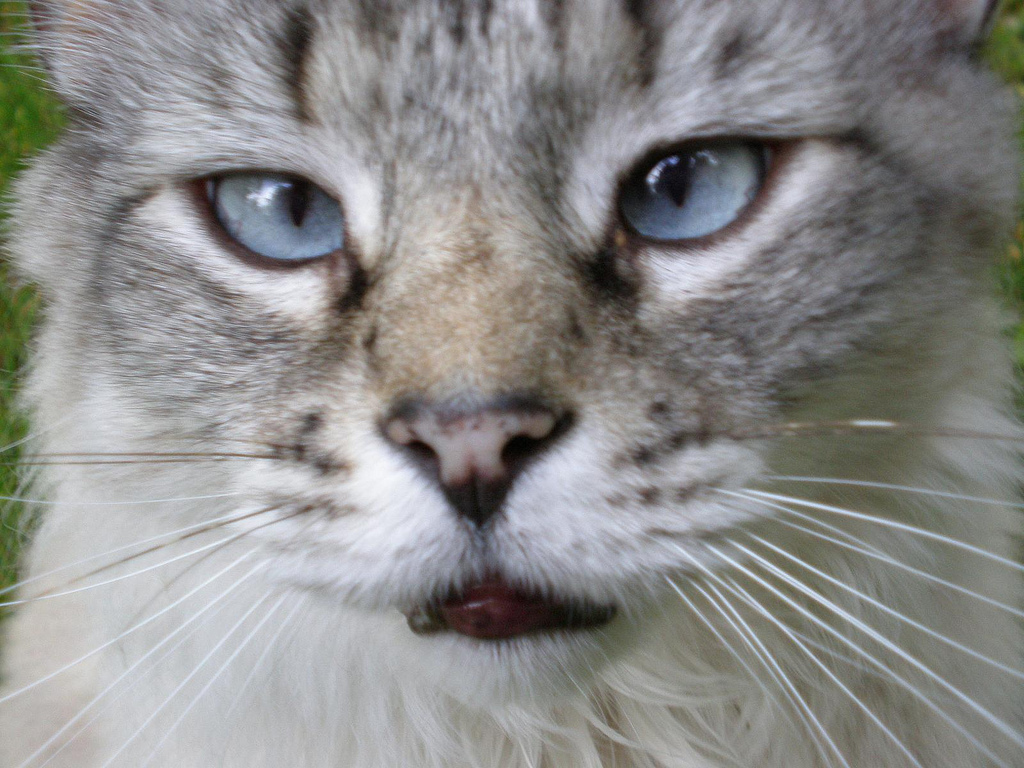 For the next two months there was a monastic silence in my house and I fervently prayed that Brenda had taken her vows.After my feline fiasco I resumed,with a greater urgency,contemplating my mortality.Gabriel Garcia Marquez had written that one of his heroes “lived on the edge of time.”This is how I began thinking about the rest of my life. The edge of time;what a creative and evocative image! I repeated this aloud,”the edge of time.”

Brenda coughed. She coughed several times. This fracturing of silence shook my whole being.Please,please let this be a hairball! Then Brenda called out from her cat bed,”the edge of time my foot,er,paws. There is no edge to time. There is no time to have an edge.”

How does one kill a cat?Is there a penalty for caticide?Brenda was not just a cat;she was a destroyer of reputations and of reason..”Your Honor,please take this into consideration.”

Brenda approached me warily and slung low to the ground. Was she reading my mind,too?”You once taught the Confessions of St. Augustine and his view on time and Creation but without much success.These topics are beyond a mindless former teacher.”I heard nothing. I was busy planning my first murder.

Brenda struck a very menacing pose in front of me.”I know what you are thinking. Won’t work. Schrodinger tried. The question was “Is his cat alive or dead in that box?”Since I know all about quantum mechanics I just got out through all the infinite spaces and all at once.’ Wow! What a cat!

This quantum cat reminded me that I had taught that St. Augustine was asked,”What was God doing before he created the universe?”And he answered that there was no Before..God created time and matter. The cosmologist cat gave high marks to Augustine for pointing the way to Einstein and the Big Bang Theory proposed by the Belgian Priest,Georges LeMaitre..By now my head was spinning. I get it. No matter,no time. But what IS time? If the matter of the universe has an edge then perhaps there is an edge to time?

Brenda appeared to sense my mind’s confusion and purred sweetly,”let me help you begin to understand all this about that elusive concept,time. We must start with that spectacular idea Singularity.When all matter was compressed into a singular point,a quantum singularity,then there existed the eternal Present of time..Theologians call this God.. Let us call this the AM. But everything after the Big Bang,the explosion of singularity,is the becoming or the AM NOT..So,Anna,what is time now? “

Never before had a cat called me by my first name.Dread of my future entered my very being.I did not want to take on any new friends at my age.The edge of time reentered my consciousness.Augustine wrote that there was no past and no future;one exists in memory and the other in expectation. The problem is that damn present.The good Bishop of Hippo stated that the present tends toward non-being.So, it exists only in our mind?And it is always going???

Woody Allen once said that he did not fear death.He just did not want to be there when it happened.He won’t,according to my thinking about time.Everything in the universe is composed of vibrating strings,an orchestra of times, including the human beings who try to hear the music they are part of. And there is no time like the present to at least try..

Zoltan Ibik — a man so sexy that women were willing to cut off a finger in order to enjoy his attentions back in his native Croatia. He kept the fingers in a jar of vinegar and lost them when he made the trip to the United States. His response to his loss was surprisingly philosophical.

Granito Wandabir — The seventh in a line of Nigerian grillots or tribal bards, Ganito Wandabir was fascinated by the classical orchestra and left home to train as a conductor. He failed at this competitive pursuit and became a cab-driver but writes mystical symphonies in his mind, which he believes if they were ever performed, would help humanity avoid the wars of religion of the twenty-second century.

“Bo” Smith — The worst mother in Iowa, Bo can be described as a very, very nervous Medea. In order to wreak revenge upon the father of her children she is deliberately raising her three children badly. She reads the latest child-rearing advice and deliberately does the opposite. Instead of playing them Mozart she plays them show tunes. Instead of limiting her children’s use of sugar and television, she lets them indulge in television and sugar ad libitum. She also handles the Christmas decorations for her wound care clinic and is described by those who don’t know her very well as “fun”.

The Two Thousand Gentlemen from Verona

Four Trillion Maids from School are We

Ten to the Thirty Ways of Looking at a Blackbird

1 to the Negative 7 Centimeters Under the Sea